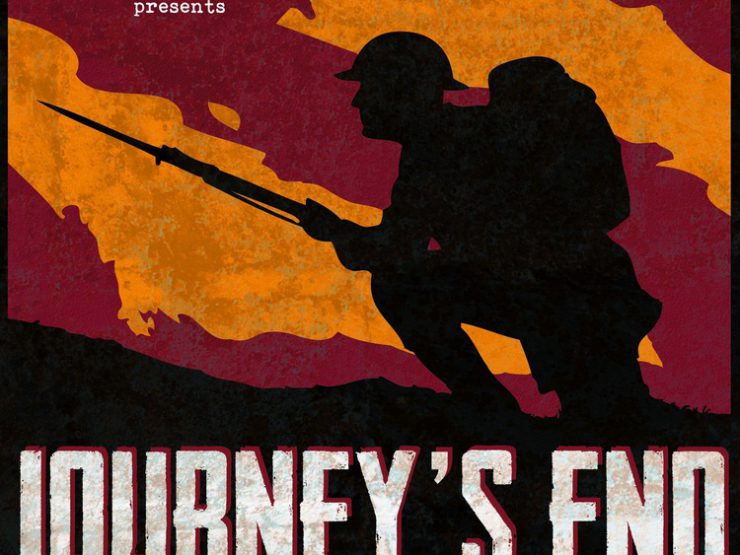 On the cusp of the hundred-year anniversary of the start of the Great War, The Empty Room Theatre Collective presents the First World War drama Journey’s End by R.C. Sherriff, November 7th-24th at The Artisan Factory, as a living memorial to the sacrifice of those fallen during conflict. Press Opening will be on Friday, November 8th, 2013.

To honour this season of remembrance, there will be a special Benefit Performance on November 10th, 2013 in association with the Royal Canadian Legion Branch 344: The Queen’s Own Rifles, where all ticket sale proceeds go directly to the Poppy Appeal.

This rarely-staged work, presented by a mix of emerging and seasoned actors, tells the story of a group of allied soldiers in the front-line trenches of Northern France in 1918, mere days before the last big German offensive. Written in 1928, the play is a wry reflection of Sherriff’s own experiences as a young man, having served in the British Army until he was wounded in the battle of Passchendaele, and a detailed account of the strain of life at war. Last seen in Canada at The Shaw Festival in 2005, Journey’s End was revived on Broadway in 2007, and won a Tony Award for Best Revival of a Play.

To support the crowdfunding campaign, go to http://www.indiegogo.com/projects/journey-s-end

Journey’s End is presented under the CAEA Collective Policy.